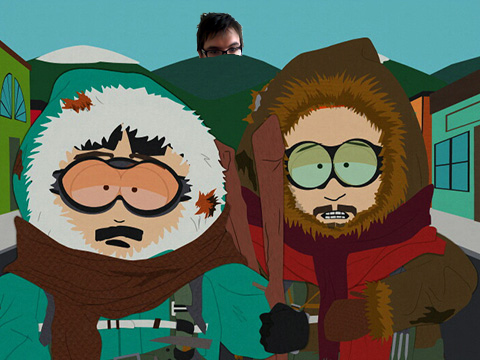 I remember this feeling from last year, seeing as it all happened in a very similar fashion. Let’s take things back to a simpler time: it was known as December 2009 – suddenly! – cold weather struck. We were… unprepared. The greatest minds of our nation had predicted things, they had noticed the air was getting colder – at least colder than it had been a few months before. But they never expected that. How could they? Temperatures plummeted by a few degrees, some frozen rain fell from the sky and the country… well, the country came to pieces.

I was just one man back then, trying to make my way in the world. Some called it a pilgrimage, others said I was a fool to pursue it – but I had to get to the Holy Land of Zurich, even if it killed me. Well, not if it killed me, but I did really want to get there with the minimum of fuss. But the weather. The weather. In the days leading up to my attempted departure, things had been grim. Temperatures had hit the lowest we’d ever seen in and around Gatwick airport – 1 degree, 0 degrees, and at one point I swear it got to -1 degree, but that may just be an urban legend.

But somehow, some way we got through it. Call it luck, call it the indomitable nature of the human spirit – call it whatever you want. It was close, it was frightening and it wasn’t something I wanted to go through again – but we got through it. I got there. After the Attack Of The Weather we promised ourselves it would never happen again. We would never be caught off-guard. We would always be alert.

But it’s happening again. How WEATHER slipped past our keen defences I have no idea, but slip past it has. I’m scared, people. Last time we barely managed to scrape by – I arrived at the final destination on my pilgrimage a whole two hours later than I was supposed to. I don’t know if I can go through that again. The doctor says I suffer from something – PTSD, he calls it – all because of last year’s events.

One response to “WE DIDN’T LISTEN!”