The day Ian Chaddock took over the world*

*Well, the internet, and only in the UK, but still. Hush. 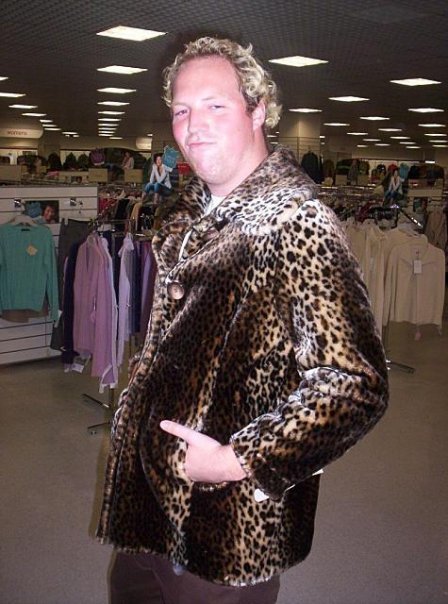 (I refuse to sully this image with my face)

I have a friend called Ian Chaddock. A lot of people have this friend, as he is a very friendly person and a very nice person. Today is his birthday. As a result of these factors, someone decided it would be a fun little idea to make Ian Chaddock’s name a trending topic on Twitter (for those who don’t know what that means: if something is trending it’s being mentioned a lot). It seems a lot of us agreed with this idea, as at around 1pm today #ianchaddock was the top trending topic in the UK.

Is it wrong that I find this brilliant, hilarious and heartening? No. No it is not.

I am a cynical person, but Captain Haddock is a man who can perk me up whenever he wants. Even when he doesn’t want to. Even when he’s not even saying anything, or even looking at me. Thinking about his mere existence right now is making me smile. This is not a big gay love-in for the man, but an acknowledgement of the fact there are people in the world truly worthy of love and respect. Even if they do look like a giant toddler/Bender from Futurama in his human form.

It may be stupid, it may have provoked some comically over the top reactions from Twitter users unaware of who Kinny The Sack is (accusations of ‘wackiness’? WRONG. Birthday treat, dickweed). But none of that matters, because for a brief interlude today we managed to make Ian Chaddock the most important person in the UK*, just as he should be.

Happy birthday, mate. What have you been listening to? Do you want to go to the park?